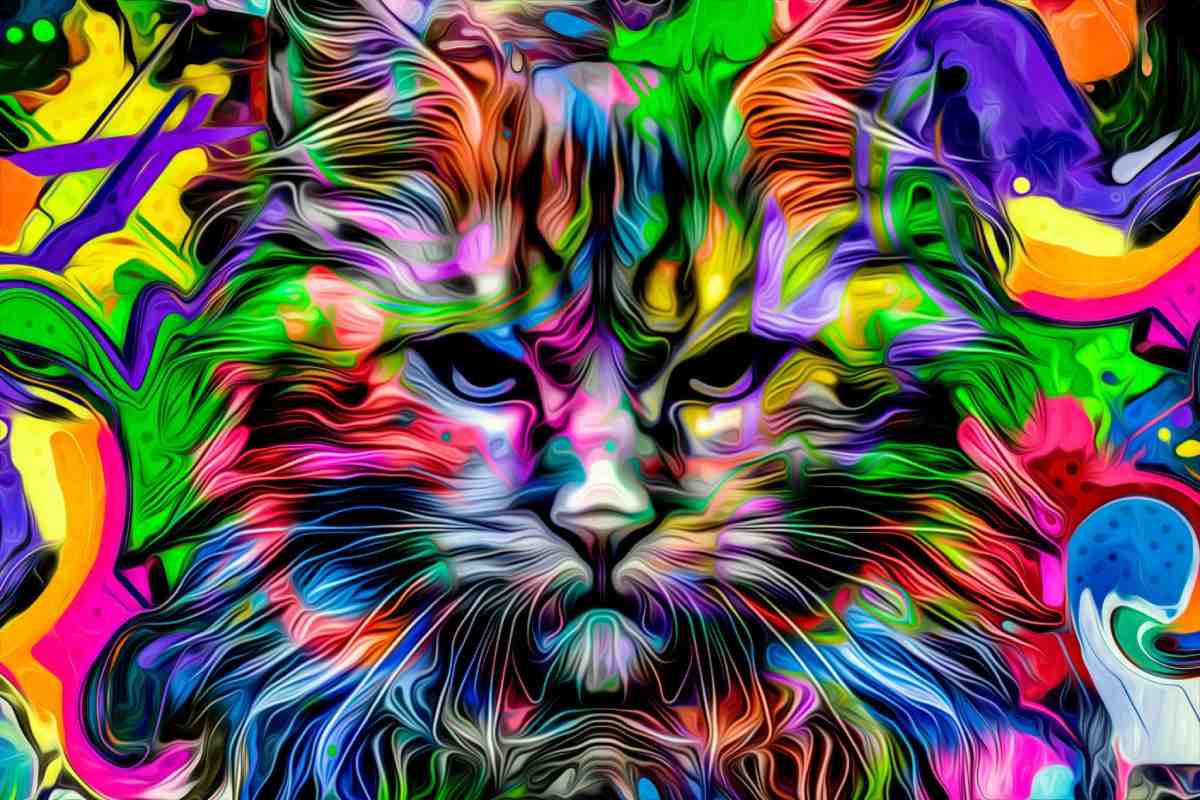 Who doesn’t love cats? The cute four-pawed creatures full of fuzz and love always capture everyone’s heart. From the Renaissance to the modern age, cats have always been admired from different perspectives in different corners of the world.

The famous cat paintings lighten the royalties’ lifestyle and their admiration towards them. However, while many of these celebrated the existence of cats, many consider the presence of cats as a symbol of bad luck.

However, in the segment below, we discuss cat art’s symbolism and its dominance in homes. In the end, you can find some of the most famous Renaissance paintings of cats.

What do Cats Symbolise In Art?

In different parts of the world, famous cat art has several meanings, just as in the case of the temples of Heliopolis. These temples consider the sculpture of a cat as a personification of the sun god Ra portrayed as a wild feline.

Varying at different times of the day, the eyes of the statue narrowed or widened. Every hour there was water flowing from the sacred animal’s mouth. In ancient Egypt, the centuries-old buildings illustrate cats in art on scriptures, walls of the buildings, and famous monuments.

Such was the influence of cat art from a historical perspective. However, in Roman and Greek paintings, there are many paintings with cat images on coins, beautiful mosaics, and amphoras.

Cats In The House

By the 17th and 18th centuries, the presence of cats swiftly penetrated human life and became permanent. Kings and royalties started to keep these adorable fuzzy creatures as a part of their family. As a result, not one but a collection of cats became prevalent in households.

Inspired by the fast-changing choices, several artists tried to depict cats by making beautiful cat paintings out of them. For example, the famous English portrait painter George Stubbs created a portrait of The Golden Arabian, entailing an amicable relationship between a cat and a horse.

These paintings and sculptures started to become a fascination for people. They saw it as a means of decoration in households and working places. Sooner or later, famous cat paintings were often seen in corners and walls of houses.

The legendary impressionist artist painted the portrait of Julie Manet, the niece of the highly famed French painter Édouard Manet. Pierre-Auguste Renoir, one of the most famous painters of the impressionist movement, was commissioned to paint Juliet.

In this one, Renoir brushes the young beauty, Manet, in a white dress holding a smiling cat on her lap. Juliet’s placid expression and round face are often a comparison to Ingres’ doll-like portraits of women.

The master leaves no stone unturned in conveying the character of Juliet in this piece. The additional presence of the cat on her lap adds a degree of informality and intimacy to the otherwise formal portrait. The giggling ace of the kitten adds a sense of childish fun and happiness to the painting.

The cat in this ironic painting is caked with mud-rendered by the admixture of sand to the paint. It strongly holds a bird in its jaws. The bird is struggling desperately to free itself from its tormentor’s hold.

As bold as the painting looks, the color scheme of the cat painting remains muted. The dull browns are punctuated with white streaks and accentuate the cruel claws. There are glowing eyes, and the bird has a damaged wing, emitting a raw wound. However, some assert that a war scene inspires this painting in Spain.

The background of Picasso’s canvas is neutral and adds nothing to relieve the scene’s horror. Instead, it is an image from day-to-day life blown up to apocalyptic proportions. The centric creature is standing like a menace on the threshold of the times to come.

The White Cat by Franz Marc

German artist Franz Marc created this illustrious oil on canvas in 1913. The White Cat, famously known as the Tom Cat, is an artistic frame presently housed at the Halle an der Saale, Kunstmuseum d Landes.\

It is one of the unbelievable cat paintings from Renaissance art. Undoubtedly, cats are inquisitive animals, and it’s their personality that makes Franz capture them. He normally captured them when they did the most unusual things.

When they are sleeping and grooming themselves, these are the visual treats for the pain timer. He believed that cats symbolized purity, truth, innocence, and beauty.

Almost all of Franz’s famous cat paintings were of cats in regular things. Cats in baskets, cats in pillows, and or red cloth painted in three colors to symbolize specific things. Firstly, blue represents masculinity and spirituality. Then, yellow for feminine happiness, and lastly, red represented violence.

You can find the most famous cat paintings online at the 1st Art Gallery website. They are oil-on-canvas reproductions with superior quality and museum-grade finishing.

Powerful Ways to Reduce your Anxiety