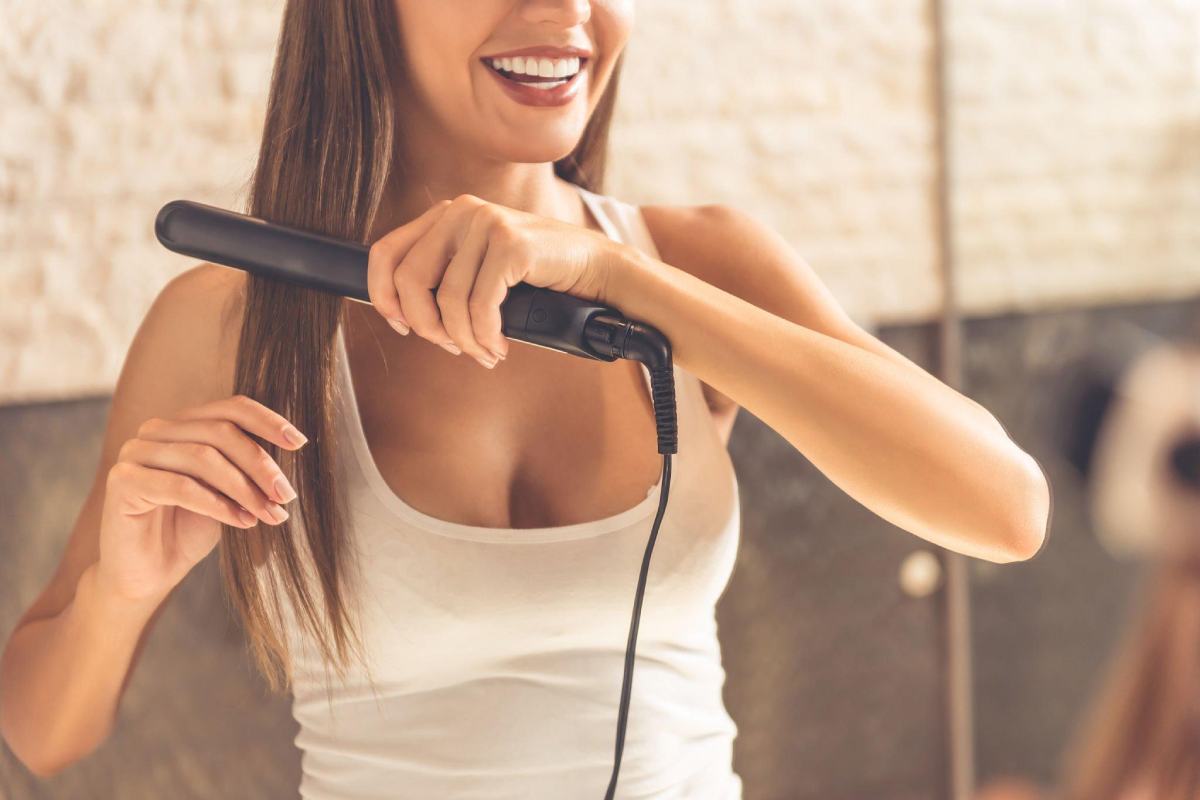 Some hairstyles can be sleek and straight and never go out of fashion. It is always a trend, ranging from styles such as ponytails, piggy tails, sleek buns, or freestyles.  There is beauty in it, and some black women engage in using products to achieve this since their hair often has a kinky texture.

It is common knowledge that hair straighteners, such as flat iron, hot combs, etc., use heat to straighten kinky hair, and too much heat can cause internal hair damage.

Hair straighteners soften your hair by weakening hydrogen bonds which are responsible for wavy or curly hair.

Also, hair straightening products such as relaxers have proven to have dangerous effects on women’s health.

Some African-American women use hair-straightening treatments daily to obtain the style they desire. However, research indicates that these products are far from safe. What are the risks of using hair straighteners?

A recent study found that women who use hair straighteners are exposed to a dangerous combination of endocrine-disrupting chemicals. In a recent investigation carried out on some hair straightening products, it was discovered that each of these hair products contained a minimum of four of these compounds, with some amounting to 30. More than half contained chemicals that the European Union has prohibited. Furthermore, the state of California has designated some of these compounds as hazardous.

Hair straighteners are dangerous for children

It has been discovered that exposure of kids to chemical hair straighteners may result in asthma and early puberty in African American children. Some hair relaxers contain formaldehyde which is known to cause asthma. There have been reported cases of these among children. Also, these chemicals, as stated above, which disrupt the body’s hormone production, have been linked to reproductive problems, congenital abnormalities, asthma, and cancer.

According to the results of the Sister Study, Journal of the National Cancer Institute, Oct. 17, 2022, it has been discovered that hair straighteners increase the risk of having cancer and also cause uterine cancer. It’s been observed that black women are more susceptible to this cancer compared to white. This is because such products are often marketed to and purchased by them.

Chemical hair straightening products are primarily used to help style wavy or curly hair by breaking down its structure. They are frequently used repeatedly to maintain the effect, which is now thought to put many people at risk for ovarian cancer, uterine cancer, and uterine fibroids, which may necessitate a hysterectomy.

Specifically, the usage of hair straighteners has recently been linked to an increased chance of getting uterine cancer. This is very common among black women.

There are several uterine cancer class action lawsuits among others, against producing such products. These products are produced despite being hazardous to human health. Consumers are encouraged to purchase these products without knowledge of such hazards. Due to these reasons, filing a case against such companies is possible and getting compensation is also feasible. Consumers should be aware before making such purchases introduce the danger attached to using these products.

Using hair straighteners is not safe as it has been proven to cause cancer and other ailments you are a frequent user, it is advisable to get some checkups to see if you are safe. As a victim of such knowledge, you are not alone. There are several cases of women who have suffered such and have attorneys fighting their cases. Compensation can be made, and you necessarily do not have the financial burden, reach out to a lawyer today to see what can be done.

How to Switch to Clean Beauty in 2023

Why We Need To Pay Attention to Women’s Mental Health

Benefits of Glycerin Oil for Hair