Does Wearing a Bra Affect Health? 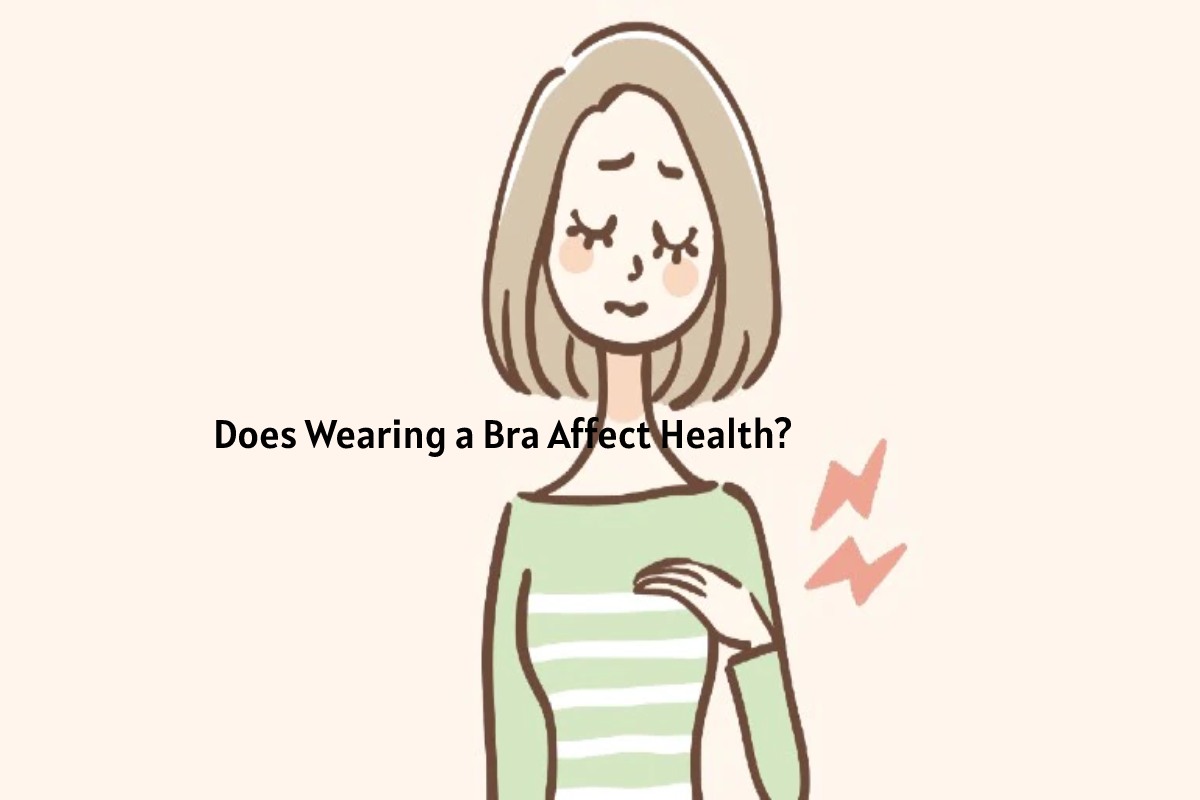 There are many contradictory reports about whether wearing a bra has a positive or negative impact on an individual’s health.

While some of these reports are based on science, others are based on superstition. in this article, we present scientific evidence of the pros and cons of wearing a bra in exchange for not wearing it and how the individual’s health is affected in both cases.

First of all, there are some traditions about not wearing a bra that is not supported by scientific research, such as:

Breast sagging due to loss of bra support is one of the myths associated with not wearing a bra. However, there is no solid scientific evidence to confirm breast sagging or a change in shape if a woman does not wear a bra.

Not Wearing A Bra Reduces The Risk Of Breast Cancer:

The idea behind this myth is that wearing a bra affects the lymphatic drainage process responsible for removing toxins and residues from the body, and hindering this process may cause the accumulation of these substances in the bloodstream, increasing the risk of cancer.

In a 2014 study of 1,513 menopausal women, the American cancer society noted no scientific evidence linking breast cancer to bra wear.

The source of this myth may be that overweight people tend to have larger breasts and are therefore more likely to wear a bra, obesity or excess weight than common factors for breast cancer.

Wear A Bra While Sleeping:

wearing bras or tight clothes can generally affect sleep cycle and wakefulness, according to an old study since 2000.

The researchers followed ten individuals in a narrow 58-hour study. They found that excessive pressure on their bodies due to tight clothing when sleeping raised internal body temperature and reduced melatonin secretion, a hormone that helps regulate sleep and wakefulness cycle, and reduced sleep quality.

More research involving large numbers and a longer duration is essential to support this finding.

Wear A Bra All Day:

There is no scientific suggestion to suggest adverse effects of wearing an adequately measured bra during the day. However, wearing a tight bra may cause pain in the neck and chest muscles.

Narrow shoulder straps may also affect the shoulder, as they are a significant factor in breast support when wearing a bra. In addition, over the years, this pressure on the shoulder may cause permanent dislocation of soft tissues in the shoulder.

This study found that individuals should be careful to wear bras suitable for their bodies before considering surgery to reduce breast size.

Wearing the wrong bra measurement or not wearing it at all can be an obstacle to exercising for some people, which can cause a large number of health problems.

Seventeen% of women among 249 females in a survey since 2013 stated that their breasts were an obstacle to exercise for reasons including:

Feeling embarrassed by the frequent movement of the breast.

It increased breast pain due to intense exercise and inadequate breast support.

The researchers noted the increased use of sports bras among those educated in terms of breast health, thereby improving exercise rates among participants. Resulting in maintaining a healthy weight and reducing

The risk of breast cancer.

Looking for choices that support the breast the most when buying a sports bra is recommended.

A study in 2015 looked at the effect of wearing a sports bra while jogging and found that sports bras that provide a high level of support have reduced breast pain. Especially in people with larger breasts.

Sports medicine specialist professor jean-denis roillon conducted a 15-year study involving 330 females aged 15 to 35 to assess whether bras cause sagging or not. And found that wearing them may weaken the chest muscles, stimulating breast sagging.

Bypassing them stimulates the chest muscles to work hard to lift the breast.

Marco Klinger, head of the plastic surgery unit at the human research hospital in Italy. Points out that the study is too narrow to represent breast sagging conditions in the general public accurately.

He explained that breast sagging is likely due to many variables, including:
genes.

The process of natural ageing (ageing).

It is naturally changing stages of hormone levels.

Generally speaking, there is insufficient scientific evidence to indicate whether wearing a bra contributes to or causes breast sagging.

However, supporting breast connective tissue by wearing it may reduce the speed of sagging in people with oversized breasts.

What Lifestyle Changes Can Be Expected From Smart Homes?